Sorry I have been gone. I have a ton going on right now but am trying to get back on track with this whole writing thing I am doing. So I haven’t been doing so great working out and my schedule this week has been crazy. Food has been a mess this week but I am maintaining, not gaining. Not to mention I haven’t been sleeping. Why haven’t I been sleeping? Well, after all this time, I have a puppy! A French bulldog I named Daisy. She smells, she whines, she bites toes, and I love her little face. Anyway, sorry for the delay.

So my food class was a week before the surgery. We drove for almost two hours to make it there. They really harped on the whole if you are late, you can’t attend the class. So what do I do? I go to the wrong hospital. We circled the whole building before I realized it was the wrong place. At this point I was panicking. I had approximately 5 minutes to get there or I had to reschedule. Scott (husband) hauled ass across town to get me there. Low and behold, I was five minutes late. I ran in and found out I was fine. Everyone got there late! It was a Saturday and we had to be there by 730 am.

There was a lady running the class. I can’t remember her name but she works with my doctor. This amazing woman chose to have gastric bypass. This made me feel more comfortable because she had been through it herself. She knew what she was talking about. She wasn’t someone on the outside looking in. She also had the process she had to go through. She showed us her before and after pictures and she looked amazing. You know how sometimes if a person has a lot of weight on their body it tends to make them look older than they are? Well this lady looked 20 years younger post-surgery. There were more people in the room, like me, waiting on the surgery. There were people in there for every kind of weight loss surgery. At least 30 people in the food class total.

I was having it rough this specific Saturday. I cut all caffeine out a week prior so I had a mega headache. I decided that this was a good idea instead of doing it at the same time the liquid diet started. Now I was down to the liver shrinking diet (liquids only) so cream of soups, protein shakes, puddings, low calorie yogurts. That was it. Not only was I starving, I was tired. Sweet baby Jesus I was tired. I had help this Saturday. Scott came and helped me take notes. Without his help I have no idea how I would have made it through the day. He noted everything they said. I learned real quick that the Atkins shakes, while delicious, didn’t have enough protein and had too many sugars. They made a really big deal about liquid and protein. I had to sip water all day every day. In the first few months, it would be really easy for me to get dehydrated so it was important that I got in at least 64 oz. of liquid or I could end up in the hospital. The second was protein, I had to have at least 60 grams. I thought I was doing well with the Atkins shakes. There is a shake out there called premier protein and it’s highly recommended. 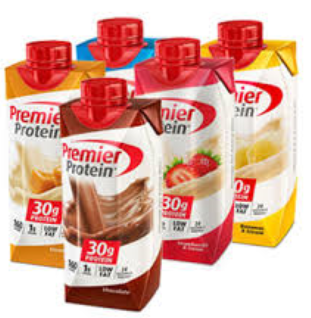 It has 30 grams per shake. Almost double Atkins, with less calories and less sugar. Still, it tastes like garbage. The chocolate tastes the best to me. They have chocolate, vanilla, strawberry, and banana. They are VERY filling. I had to drink half and then go back and drink the other half of it later. It was that heavy. They gave us a sheet with all the foods that were high in protein and detailed out how we needed to eat afterwards. Your doctor might do this different than mine. I was on a liquid diet a week before, then the day before the surgery, clear liquids and sugar free popsicles. After the surgery is was clear liquids and broths I think this lasted a week for me, cream of soups and protein shakes a week after, then after I had the surgery it was two weeks before soft foods were introduced. I don’t think I ate meat for at least a month and a half. The teacher stressed how it was important to eat regular food and not to do baby food. Food is entered back into your life gradually after. Trust me, you don’t want to eat something before it’s time. I made the mistake of eating (or trying to eat) a sausage mcmuffin from McDonalds 3 days post op. I got down a bite and a half. Didn’t stay down. I puked in the bag that they gave me. To this day I can’t eat Mcdonalds. And that was the last time I had any food from there.

After the class, I had to go and have bloodwork done. They signed me in, took my weight, I started at 323 but when they weighed me that last time I was only 307. I was like yasssssssssss! Anyway, They were taking my blood, and the lady next to me (who was also in the class for the sleeve) was having severe caffeine and food withdrawal. She almost passed out she was that bad off. Made me glad I cut back on the caffeine a week before I started the liquid diet. After my blood was drawn, I visited another nurse who entered my information into the system for my surgery. I was to be there September 30, 2015 at 7:30 am, my surgery was at 9:30.

These are preop and post op foods that I ate. 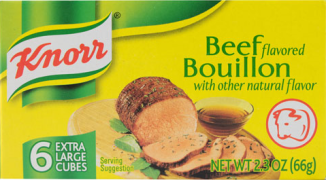 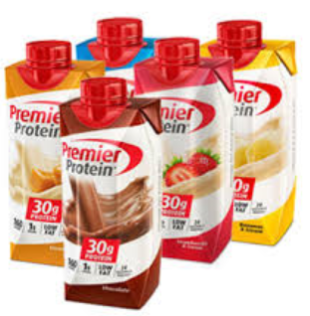